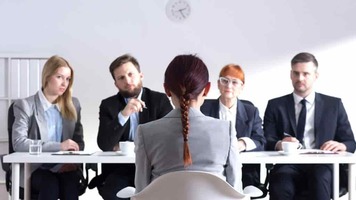 Here, In this post I sharing top 50 Programming Interview Questions & Answers. Surely it will help you.

1) What is Computer programming?

Computer Programming is also known as programming or coding. Programming is a process which includes processes such as coding, maintaining, updating, debugging, writing, designing (algorithm), etc.

Programming contains a set of instructions for the computer to perform different tasks. In fact, those instructions are executable commands, each having a different purpose.

Debugging is the process of finding and removing errors in a program. In this process, the program is thoroughly checked for errors. Then errors are pointed out and debugged.

4) Name different types errors which can occur during the execution of a program?

There are three types of errors which can occur during the execution of a program.

5) When a syntax error occurs?

A syntax error occurs when the program violates one or more grammatical rules of the programming language. These errors are detected at compile time, i.e., when the translator (compiler or interpreter) attempts to translate the program.

6) When a runtime error occurs?

A runtime error occurs when the computer is directed to perform an illegal operation by the program such as dividing a number by zero. Runtime errors are the only errors which are displayed immediately during the execution of a program. When these errors occur, the computer stops the execution of the programming and can display a diagnostic message that will help in locating the error.

7) When a logical error occurs?

The logical error happens when a program implements a wrong logic. The translator (compiler or interpreter) does not report any error message for a logical error. These errors are the most difficult to locate.

The flowchart is a pictorial representation of a program which helps in understanding the flow of control and data in the algorithm.

9) What is an algorithm?

An algorithm is a finite set of steps which, if followed, accomplish a particular task. An algorithm must be clear, finite and effective.

10) What do you understand by the term “Maintain and update the Program”?

Program maintenance is an ongoing process of upgrading the program to accommodate new hardware or software requirements and introducing minor or great improvements. Essentially, it is the expansion, updating and improvement of a program after its installation.

Variables are named memory locations (memory cells) which are used to store program’s input and its computational results during program execution. As the name suggests, the value of a variable may change during the program execution.

12) What are reserved words?

Reserved words or keywords are the words, which have predefined meanings. They have predefined uses and cannot be used or redefined for any other purpose in a programming language.

The loop is a structure which can repeat a set of statements up to a fixed number of times or until a certain criterion is satisfied.

When it is known in advance how many times the loop must be repeated the FOR…NEXT Loop is the most effective option. FOR…NEXT Loop is used to repeat a set of statements to a specific number of times.

The While loop keeps repeating an action until an associated condition becomes false. This is useful where the programmer does not know in advance how many times the loop will be executed.

Loop within a loop is called nested loop.

Documentation is a detailed description of a program’s algorithm, design, coding method, testing, and proper usage. Documentation is valuable for the users who rely upon the program on a day-to-day basis, and for the programmer who may be called on to modify or update it.

19) What is the working of a compiler?

A compiler is a unique program that can process statements which are written in a particular programming language and can turn them into machine language or “code.” This is the working of a complier. Compiler does no compression …point me to a link which says so.

20) What do we call the binary form of a target language?

The binary form of a target language is also called “Binary Code”.

A constant is a quantity whose value cannot be changed. Unlike a variable, the value stored in a constant can’t be modified during program execution.

Two types of constants are mentioned below:

Numeric constants consist of integers, single precision, or double-precision numbers. Integer constants represent values that are counted and do not have a fractional part, e.g., +56, -678

Operators are symbols which are used to perform certain operations on a data. These include arithmetic, relational, logical, and assignment operators.

An array is a collection of contiguous memory locations which can store data of the same type.

A subroutine is a self-contained set of statements that can be used from anywhere in a program. The subroutine performs its specific task and then returns control to the program that calls the subroutine.

28) What is the purpose of arithmetic operators?

29) What is the purpose of relational operators?

Relational operators are used to compare two values. These operators always evaluate to true or false. They always produce a non-zero value (in most case).

Machine code is a language, which can be processed directly by a microprocessor without any need of the previous transformation. Programmers never write programs directly in machine code.

Some programming languages are listed below:

It is the proper working of software during a specific period of time. If a program doesn’t work properly during required period then it’s not reliable.

36) What is modeling language?

An artificial language that can be used to express information or knowledge or systems in an arrangement which is defined by a reliable number of rules. These rules are also used for interpretation of the meaning of components in the structure.

Names of some modeling languages are listed below:

38) What is software testing?

Software testing a process in which software is tested under certain conditions to test the quality of a program. Testing a program is also required to check whether the software provides a good user experience or not.

A few reasons for software testing are mentioned below:

Fulfills the requirements of the user

Can be implemented with the identical

The beta version of software is that version which is not ready for release and can be changed after the feedback from the users. Beta version comes after alpha version.

41) What is the working of logical operators?

Logical operators let us combine simple conditions to construct more complex ones (By conditions, we mean an expression evaluating to true or false).

42) What is the purpose of assignment operator?

The assignment operator is used to store a value, string or a computational result in a variable.

43) What is analyzing a program?

The process in which program is decomposed into sub-problems. Rather on concentrating the bigger problem as a whole, we try to solve each sub-problem separately. This leads to a simple solution. This technique is also known as top-down design.

44) What is the working on an algorithm?

45) How is the division by zero defined?

Division by zero is undefined.

46) What is the meaning of implementation of a program?

Once the program has been tested thoroughly, it must be installed or put into operation at the site where it will be used. This is known as an implementation of the program.

47) What are numeric variables?

You already have tons of question on numeric variables. Replace this

The variables which can store numeric values are called number variables. Numeric values include both floating point numbers and whole numbers.

48) What are string variables?

Commands are executable instructions which are operated in the direct mode. They do not require a preceding line number. Incorrect info

50) What is the execution of a program?