What Is KaiOS - All About KaiOS 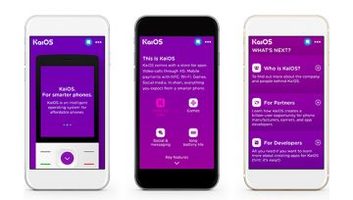 What Is KaiOS - All About KaiOS

What is KaiOS ? While the whole world was fixated on Android OS and iOS, a silent revolution was taking place right under everyone’s noses. In 2016, a team built KaiOS on the back of the now discontinued Firefox OS, and already have it on 30 million phones in North America and India. Sometimes, there is no hype around the revolution. It isn’t tweeted or televised.

KaiOS is a Linux-based mobile operating system that “merges the power of a smartphone with the affordability of a feature phone”.It is forked from B2G (Boot to Gecko), an open source community-driven successor of Firefox OS which was discontinued by Mozilla in 2016.

The operating system first appeared in 2017 and is developed by KaiOS Technologies Inc., a San Diego, California-based company headed by CEO Sebastien Codeville with offices in other countries.

In June 2018, it was revealed that Google had invested US $22 million in the operating system.

Devices that come with KaiOS include: 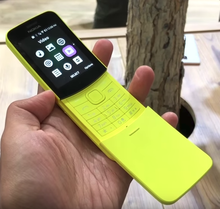 Let’s put this in perspective. While Windows Phone and Windows 10 Mobile and BlackBerry OS were dying off, KaiOS popped up and grew. And its growth has been noticed by big players like Google, Facebook, and Twitter, who have committed resources to developing for it.

Google apps support means that the platform can synchronise your email, calendar and contacts. Voice Assistant, Google Maps, and Google Search are in the mix too. Of course, Facebook and Twitter are two of the most popular social networks around. What would be great now is for WhatsApp support to be added, and KaiOS would be ready for prime time.

Imagine having a small cell phone that has super fast 4G broadband internet, basic apps, and a week-long battery life in your pocket. Now you can eat your cake and have it. Perhaps the 3rd smartphone platform will be a smart feature phone OS, one that is blurring the lines between smartphone and feature phone.