End Of Life Of Drupal - Is The Drupal Era Coming To An End? 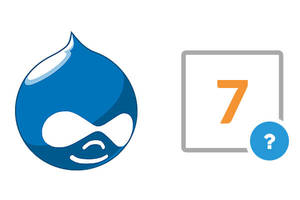 End Of Life Of Drupal - Is The Drupal Era Coming To An End?

Websites are becoming more vulnerable to hackers trying to exploit holes in security. These also have more chances of getting unstable and being obsolete. The officially endorsed updates at the moment of writing are D7 and D8. The release of Drupal 9 is scheduled for June 3, 2020. It will be launched in combination with a limited update of Drupal 8 for long-term support (LTS).

The way to prepare is to keep up with the releases of Drupal 8 latest release. In addition to Drupal 9, the final Drupal 8 minor version will be released and they should be similar to the removal of obsolete code and revised dependencies by Drupal 9. The key advantage of Drupal 9 over Drupal 8 is that after November 2021, the software will be provided with security fixes and updates.

I suggesting switching from Drupal 7 to Drupal 8 as soon as possible instead of waiting for Drupal 9. Drupal 7 could still be used by a wide number of sites in 2020, so they decided to extend Drupal 7's community's support until November 2021. It ensures that after the launch of Drupal 9, Drupal 7 will be supported for 1.5 years. Keep in mind that, We will still be able to sign up to at least 2024 with vendors who provides extended support. If you already have a Drupal 7 website, now is the time to start thinking the upgrade. No need to panic, keep quiet and carry on. Keep upto date is a trip, not a destination.

You could also decide to totally ditch Drupal and move your site to a better option :-p. I don't likes frequent updates of it and Drupal is heavy on memory. But consider the advantages of Drupal over other content management systems by its flexibility, customizability and scalability. The choice is yours :-)