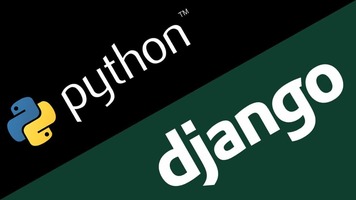 Django 3.0 Released with much more speed.

Django 3.0, the latest version of the Python framework that enables fast database websites and web services to be created, now supports Python async, one of Python's most powerful new features to make websites and network services faster.

Async allows Python programs to run more efficiently, especially networking apps, but it needs to be rewritten to use existing applications. Only Python 3.6 and later versions will work with Django 3, the better to work with Python's async programming features.

Asynchronous programming is a style of parallel programming where a work unit may run separately from the primary thread of the software. This notifies the main thread of success or loss of the worker thread when the work is complete.

Over the past few years, asynchronous programming has attracted a lot of attention, and for good reason. While it may be harder than the traditional linear style, it is also much more efficient.

The key way that Django provides support for async is through ASGI, a protocol that serves as a standard interface between asynchronous Python applications and asynchronous web servers.

WSGI, written by Philip J Eby and published on December 7, 2003, is a Web Server Gateway Interface, a specification explaining how a web server communicates with web applications and how applications can be chained to generate requests.

Django previously only supported WSGI, which only supported web applications that were synchronous. Only if it is deployed as ASGI will Django 3 allow async features to run in an app. The key way that Django provides support for async is through ASGI, a protocol that serves as a standard interface between asynchronous Python applications and asynchronous web servers.

It is a major benefit of web programming to be able to use asyncio(async) in your software. Instead of running 10 queries one by one and waiting for each to return, you can run 10 queries simultaneously when reaching the cache and simultaneously making an application for HTTP on a single thread.

Nevertheless, introducing async to Django ensures that for certain tasks, such as handling multiple simultaneous requests with less delay, it can experience a performance boost.

Many of the other new features on Django 3 are evolutionary, such as support for MariaDB 10.1 and up, dropping Python 2 backward compatibility APIs (because Python 2 is fast approaching end of support), and many additional features all over.

Django now supports MariaDB 10.1 and higher officially. The latest ExclusionConstraint category provides for the introduction of PostgreSQL exclusion constraints. Expressions the BooleanField output can now be used explicitly in QuerySet filters, without first annotating and then filtering toward annotation and JQuery has been upgraded to 3.3.1 to 3.4.1. This also removed the module django.db.backends.postgresql psycopg2.

Quite Amazing and informational content keep up the good work buddy.

Thrilled to see this kind of Awareness