What Is Blockchain And How It Works? 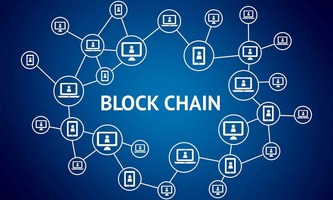 What Is Blockchain And How It Works?

What is blockchain and how it works?

The blockchain is simply like a book or a diary and impossible to fake notes in it.

Let's let's take an example of money transaction between some people so they decided to write a transaction in a book or a diary.

Someone noticed the change in book and they decided to change the model of writing. They created a program called hash function.

For all transaction, they decided to put hash.

Then, C decided to change entries again. At night, he got to the book and changed the record and then generated a new hash.

And someone noticed that somebody had changed data through the book again. He decided to complicate the record of each transaction. After each record, they inserted a hash generated from the record+last hash. So each transaction depends on the previous one.

Now look at that, if C wants to change a transaction, he will have to change the hash in all previous entries/transactions. But C really wanted more time, and he must spent the whole night calculating all the hashes. It is too much effort to change each hash.

But they (who carry the diary) did not want to give up and make more secure. They decided to add a number after each transaction. This number is called "Nonce". Nonce should be chosen like 001, 223 etc.. I choosing Nounce as 001, so that the generated hash ends in 001.

Now, to change records, C would have to spend hours and hours, or even days to chose Nonce for each line and also for calculating hashes. Anyone can't figure-out too easily the nonce.

After some days later, The man who carry the book realized that there were too many transactions and that he couldn't keep in the book like this all time. So when he wrote 1000 transactions, he converted them to a one page spreadsheet in Google document and shared. Anyone can check that all transactions were right or not.

And also he shared the document all computer over the people at his place. The computers are called "Nodes". Every time a transaction occurs it has to be approved by the computers called nodes, each of whom checks its validity. Once every node has checked a transaction there is some sort of voting, as some nodes may think the transaction is valid and others think it is a fraud. If majority of nodes say that a transaction is valid then it is written into a sheet. The sheet now we call as a "Block". Each node is a copy of another one. So each one checks it's integrity.

Now, if C change one entry, all the other computers/nodes will have the original hash. They would not allow the change to occur because of the voting. Majority of nodes says it is a invalid transaction and disallow the change.

The Blockchain updates itself every number of minutes (scheduled). It does so automatically. No master or central computer instructs the computers to do this. So it is calling as decentralized system.

As soon as the spreadsheet or ledger or block is updated, it can no longer be changed. Thus, it's impossible to forge it. You can only add new entries to it. The registry is updated on all nodes on the network at the same time.